For several years the municipality of Kampen has been working on a plan to redesign the Bolwerk Buitenwacht grounds. The new plan aims to provide better landscaping with integrated parking amenity. Unfortunately, the area is susceptible to frequent flooding, which causes problems for residents and visitors alike. Together with residents, entrepreneurs and the Drents-Overijsselse Delta water board, the municipality has now come up with a design that is based on knowledge of the past and is supported by the local community.

Historical knowledge and heritage expertise provided by Het Oversticht and the national Cultural Hertitage Agency (RCE) brought insight into the historical development of the area. Historians and archaeologists from Het Oversticht set out to analyse the area’s history to find the possible cause of the recurrent flooding. By comparing historical maps with written accounts a coherent narrative emerged, showing what had happened where and how the water was managed in the past.

The Bolwerk (bulwark) was a stronghold situated on the south bank of the river IJssel, opposite to the city of Kampen on the north bank. During the 16th and 17th century it served as a strategic position to fend off enemies approaching the fortified town. Back then the area was mostly marshlands, with the associated water management being both a defensive advantage in times of conflict and a draw back for long term settlement. Today the Bolwerk area abuts the new railway station and the once challenging water management is very much present still.

By way of residents' meetings and workshops, all parties involved worked on a design that combined present day requirements with knowledge and experience from the past. As a result the cultural-historical knowledge has had a significant influence on the landscaping design, shaping its layout and assigning specific locations for water retention.
It’s been a big win for all involved: local knowledge has deepened, residents are enthusiastic, the process has been accelerated. The project is a prime showcase of the added value cultural-historical knowledge can bring to today's spatial challenges. 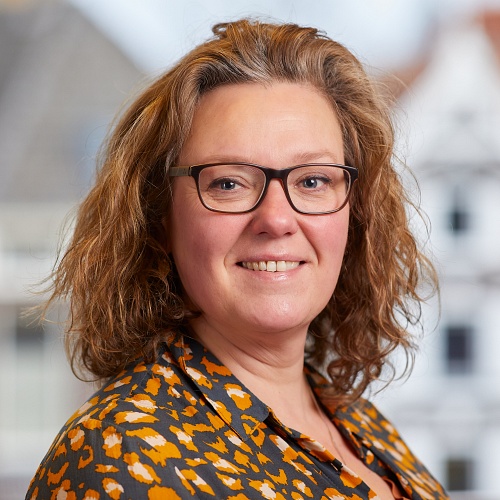